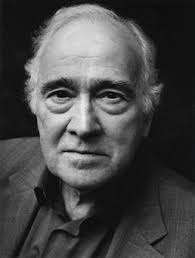 Donald Kuspit, an Art History and Philosophy professor at the State University of New York in Stony Brook, assiduous collaborator of numerous specialised art magazines such as Artforum, Sculpture, New Art Examiner and Art Criticism, and editor of the American Art Criticism collection from Cambridge University Press, has recently published two very interesting and somewhat polemic books entitled The Dialectical of Decadence and The Rebirth of Painting in the Late Twentieth Century. These are books that can be inscribed within a vindication of the artistic, visual and subjective experience of the creative act beyond theoretic oppression and of those who defend a new sociology of art linked to the ideological, deconstructive or “hard line”. Kuspit was awarded the Degree of Doctor Honoris Causa by the Davidson College (1993), the San Francisco Institute of Art (1996) and the University of Illinois (Urbana-Champaign, 1998). Some of his most relevant publications include: The New Subjectivism (1988), The Cult of the Avant-Garde Artist (1993), Signs of Psyche in Modern and Postmodern Art (1994) and Idiosyncratic Identities: Artists at the End of the Avant-Garde (1996) .