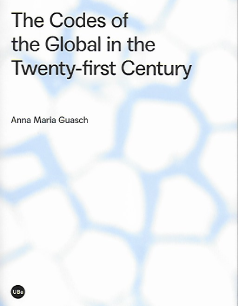 The Codes of the Global in the Twenty-first Century

The book that the reader now holds in his or her hands, The Codes of the Global, scans the period between 1989, the year of the exhibition Magiciens de la terre, and 2014, the year in which the Centre Georges Pompidou presented a documentary recreation of the earlier show. A period of changing currents and mixed categories that was dominated by the creative capacity of interaction and dialogue, by a gasping economy that called into question the sustained development of continuous growth, and by a post-politics that generated – and continues to generate – borderless utopias at the same time as provoking radical processes concerned with identity and territory. With this text, an extract from a first version published under the title El arte en la era global 1989-2015 [Art in the global era, 1989-2015] [1], we seek to define how, now at the start of the twenty-first century, the contemporary implies a clear desire to affirm a type of art that is expanding across the globe, challenging old geographical borders, and reclaiming narratives of place and displacement. In other words, new cultural practices that transfigure the relationship between the global and the local, and articulate the discourse of difference. Being in the place of “here” and “now”, working with others in a simultaneous and specific practice, and contemplating the production of work in the experience of connection means raising the value of the “performative” aspect of the practice and displacing the reflective role of cultural production. What we are seeking to define in The Codes of the Global is how global concepts circulate from the critical analysis of transnational contemporary art to the global. The new cartography of this multifarious global art, which combines theoretical and curatorial discourses with creative practices, is structured in three sections: the first concerns the codes of the global, the second its theories and discourses, and the third analyses its exhibitions.