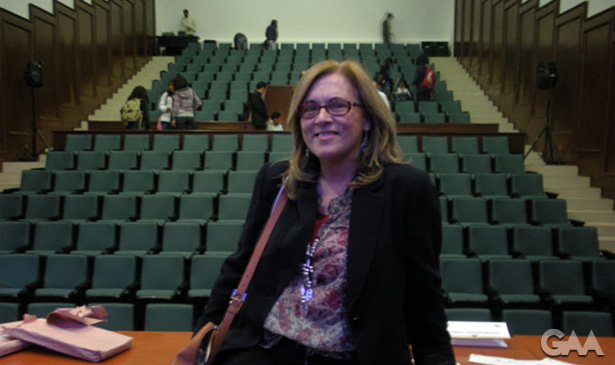 The epistemology of the other. For a cartography of memory and otherness

In spite of the negative aspects of the processes of homogenization that it has generated, globalization can be understood as a ‘machine’ or a ‘technology’ that helps to broaden our horizons by providing routes which connect us to other societies, other peoples, other ways of thought. It does so not only through the traditional or electronic media but through what Appadurai calls ‘mediated experiences’, ranging from travel and migration to experiences derived from dialogue, that is, ‘dialogical experiences’ [1]. Therefore, globalization ceases to be an external, abstract, distant process which is always changing its coordinates and may even arouse fear, to become a vehicle – certainly with utopian elements – that broadens and projects horizons, expectations and local aspirations. It is then that we can speak of a ‘production of locality’, which is by no means innocent, and which may cause violent confrontations between the ‘two faces’ of globalization mentioned above. The local ceases to be something inert acted on by global forces to become something given which requires agency, purpose, vision, design: in Appadurai’s words, this is, more than anything else, a process and a project [2]. We can then understand the local not as a spatial structure, but as a ‘structure of feeling’, as Appadurai proposes, following Raymond Williams [3], a critic known especially for his contribution to the ‘Marxism of subjectivity’. The equivalent of this subjectivity is, for Appadurai, the role granted to the imagination, which he describes as something more than an individual faculty or a mere mechanism to escape the real. ‘Imagination’ would, therefore, be a collective instrument to transform the real, to create multiple possible horizons. Hence the ‘production of locality’ should be considered as a work of imagination rather than as a social construction. Bibliografía 1 Arjun Appadurai,”Minorities and the Production of Daily Peace. Interview with Arjun Appadurai”, in Joke Brouwer & Arjen Mulder (eds.), Feelings are Always Local, Rotterdam, NAI Publishers, 2004. 2 Arjun Appadurai, “The Right to Participate in the Work of the Imagination”, in TransUrbanism, V2_Publishing/NAi Publishers, Rotterdam, 2002, p.33. 3 Raymond Williams uses this concept for the first time in The Long Revolution (Williams, Raymond. The Long Revolution. London, Chatto and Windus, 1961), and returns to it in his later Marxism and Literature (London and New York, Oxford University Press, 1977). Williams used this concept to characterize the experience of quality of life in a specific space and time. And although it maintains a structural level, it operates at the most delicate level of our activities. Williams describes the “structures of feeling” as “social experiences in solution”. A “structure of feeling” corresponds to the Culture of a specific historical moment, avoiding idealist notions of the “spirit of the time”, and suggesting a set of perceptions and values shared by a particular generation that is based on specific artistic forms and conventions.